Do Solar Panels Work On a Cloudy Day?

Solar panels are a great, low maintenance source of energy, but many people – especially in the UK -choose to ignore the option because they incorrectly assume that they won’t work very well where they live. While it’s true that solar panels are less effective in cloudy weather, they do still work, and you can still get a decent amount of energy production out of them.

So, how efficient are solar panels on a cloudy day? Well, typical solar panels will produce less than their rated capacity, but will still impact on electricity bills. The exact output will depend on how dense the clouds are, and how the panels are designed. Some panels are specially designed to capture more light from the red and blue wavelength, which means that they will generate a decent amount of energy even in cloudy conditions. 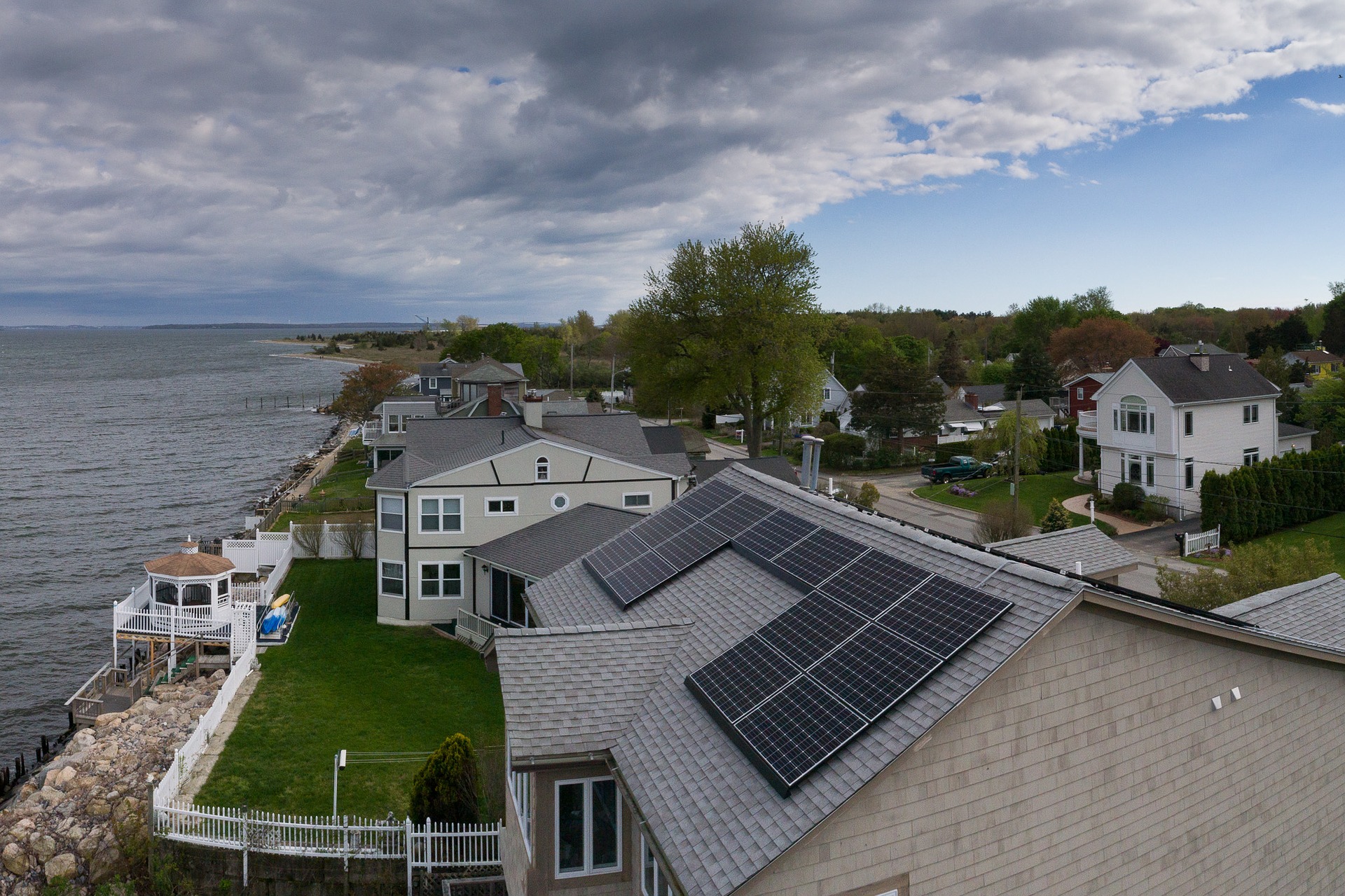 How Do Solar Panels Work?

Solar panels work by absorbing the energy from the sun. In bright, sunny climates, most of the energy comes from direct sunlight. When the weather is poor and the area is overcast, most of the light that hits the solar panels will diffuse. What’s interesting, though, is that if the solar panels are designed to accept a wider range of wavelengths, slightly overcast weather can be a good thing – because the semiconductors operate more efficiently in cooler conditions. This means that cool, slightly foggy climates that still get a lot of daylight can be better than places where there is a lot of direct sunlight for a few hours per day, but where the panels are likely to get very hot.

Solar energy is created when photons (particles of light, essentially) knock electrons free from atoms, creating an electrical current. There are a huge number of small photovoltaic cells in a solar panel, and these are linked together to allow energy to flow. Each individual photovoltaic cell is made up of two slices of a semi-conducting material, which is typically silicon. They create an electric field, with opposite charges at each end. The silicon is ‘doped’ with other materials to give each slice in the cell either a positive or a negative charge. Usually, the top layer is doped with phosphorous, to add extra electrons, while the bottom layer has born added, to give it fewer electrons. This means that the top layer is negatively charged and the bottom layer is positively charged. Where the layers meet, there will be an electric field, and then when a photon of sunlight knocks an electron free, the electric field will push that electron away.

The electrons wouldn’t be much use if they were caught in the individual cells. Each cell has metal conductive plates which will collect the electrons and transfer them to a set of wires, allowing them to flow into whatever circuit the panels are connected to.

The amount of energy that solar panels can produce depends on their size, the wavelengths of light that they can operate under, and their position. Older panels worked best when exposed to direct sunlight, but many newer designs can generate a worthwhile amount of energy from ambient light.

The important thing when you are considering whether or not to get solar panels isn’t the output on a cloudy day, but the amount of power generated over the course of the year.

Take Germany, for example – it generates around one half of the world’s supply of solar power, but gets about as much sunshine as Alaska! Remember that once you install solar panels you can mostly forget about them (except for periodic maintenance, of course), so the mostly passive power generation is a big plus.

So yes, the per-day output will be reduced when it’s cloudy, but it’s the long-term output that matters, and contributes towards the ROI on the panels themselves. Think about how solar panels will benefit you in the long term.

Is it Worth Buying Solar Panels?

Not only will you be doing your part for the environment by reducing your reliance on fossil fuels but you will save on your energy bills. You can even make some money by storing excess electricity in a smart battery and selling it back to the grid.

Better yet, as energy prices only tend to rise, not fall, the savings you make should increase over time.

Solar panels are also an appealing feature for prospective buyers, and could help you to get a quicker sale or a better price for your property. If you’re planning on selling in a few years’ time, then you could enjoy the short term benefits of having panels, while feeling secure that the investment will pay off when you come to move.

So, don’t be put off by the fact that you live in a rainy, dull city. It’s well worth it for anyone in the UK that has a suitable roof or back garden area to invest in solar panels.

Considering a solar panel for your home? Find out about our solar panel and battery storage packages – from just £4,995 (including VAT).