How we’re putting you in the EV driving seat

We have recently joined a consortium of leading energy and transport companies to study how to reward drivers who use their electric vehicle (EV) batteries to support the UK’s power grid. 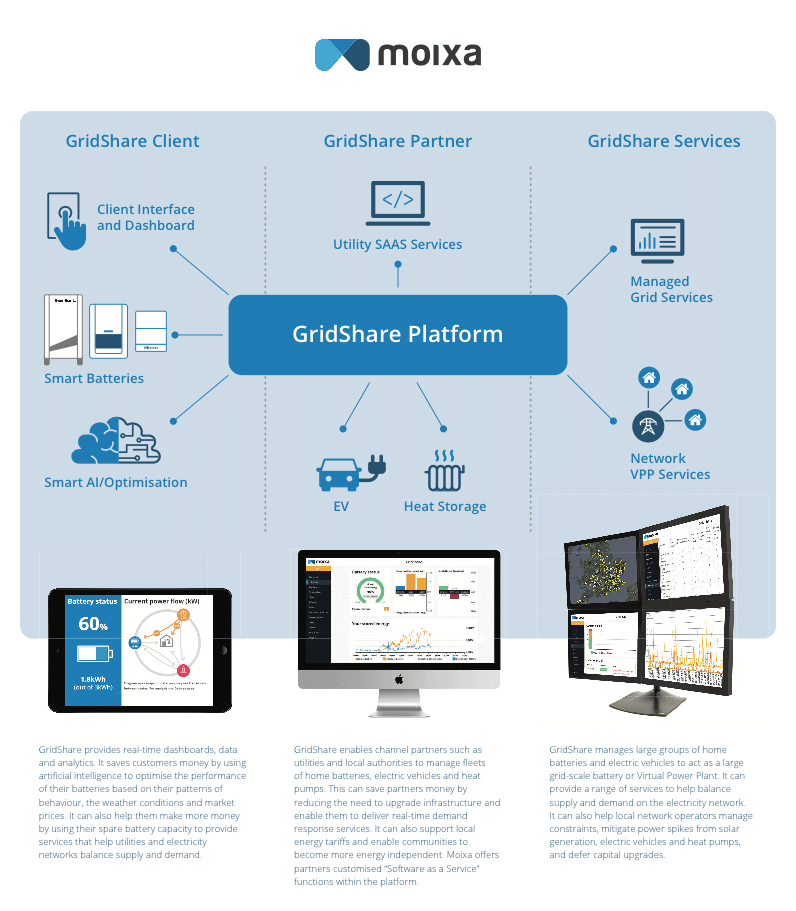 How does V2G work?

If EVs are left plugged into smart, two-way charging points when not in use, their batteries can feed power into the network at times of peak demand. Just ten new Nissan LEAFs can store as much energy as a thousand homes typically consume in an hour. Smart chargers can also control when cars recharge to avoid stressing the network and to store surplus power when demand is low. This has the potential to open up new financial incentives for EV owners. It will also allow the grid to operate more efficiently, support high levels of renewables and rely less on fossil fuel power stations.

Our pioneering technology GridShare is already managing flows of energy to and from EV batteries and aggregating them to function as a virtual power plant, supporting the energy network. The platform uses machine learning to profile drivers’ patterns of behaviour so that cars always have sufficient power for their needs. We are also developing software to give drivers the option to control the level of charge manually. We are currently the only company paying UK customers to provide their battery capacity in support of the grid; our GridShare cashback scheme rewards UK customers a minimum of £50 a year.

Chris Wright, Moixa Chief Technology Officer, said: “Drivers are happy to earn extra money supporting the grid so long as they can use their car normally whenever they want. A freelancer who travels long distance at the drop of a hat is very different from a staffer who drives five miles to the office every day. Machine learning allows you to maximise utility around these patterns.”

Analysis by V2GB project leader Element Energy shows that V2G has the potential to reduce the total cost of ownership of an EV by £1000.

The V2GB study is part of a £30 million government initiative to make the UK a world leader in low-carbon vehicles. We will be working alongside a consortium of companies, including National Grid, Western Power Distribution and car manufacturer Nissan’s European Technical Centre, as a part of the Renault-Nissan-Mitsubishi Alliance research activities. Element Energy will coordinate the project and lead the modelling, supported by us, Cenex and the Energy Systems Catapult. We will contribute expertise from the UK’s first domestic V2G trial, which demonstrated that using power from EV batteries to help balance supply and demand could earn around £60 a month per vehicle.