Project ERIC (Energy Resources for Integrated Communities) aims to tackle fuel poverty in Rose Hill,  a social housing estate which is in the lower 10% of the UK’s most deprived communities.

To kick off Moixa’s feature in the programme, BBC Click gets to grips with a 2kWh smart battery installed in one of the 82 homes involved in the project. Homeowner Terence Eden says: “I love the idea of installing something that could be revolutionary for British homes.”

Next, Lara heads over to Rose Hill Primary School where she discusses the benefits of the Moixa 2kWh smart battery and solar PV system with some of the school children.

Following this, it’s over to the local community centre where we get a chance to see the massive 230 Solar panel array, capable of producing 63 KwH of power – enough to power 32 dishwashers at once.

Finally, we see the nerve centre of Moixa’s operations at its new London HQ. We learn about Moixa’s innovative ‘GridShare’ platform, which allows batteries from across the UK to be managed in a “virtual power plant” to help reduce the costs of running the electricity network, allow it to support increased levels of renewables, and provide another revenue stream for battery owners. 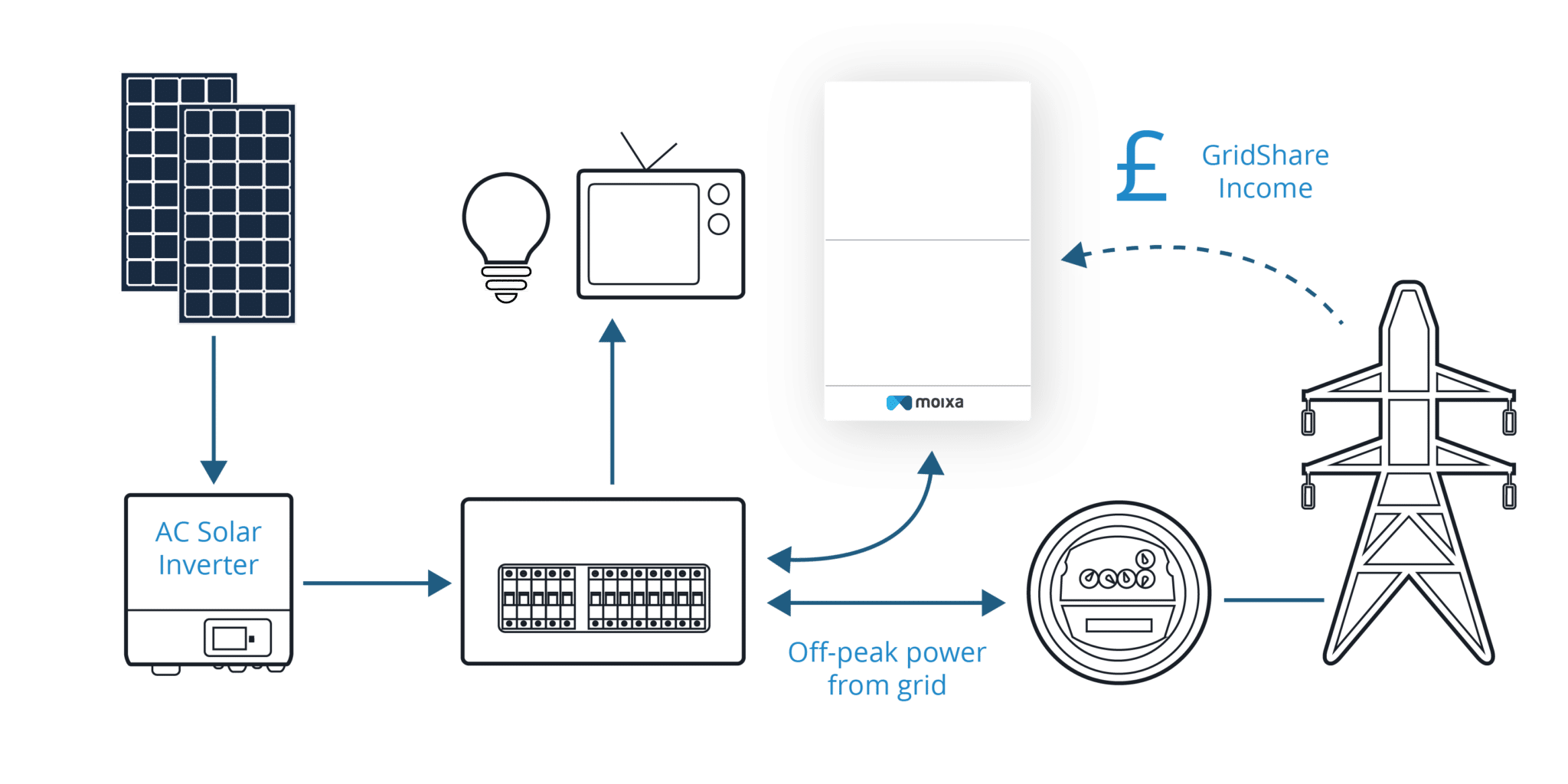 In Rose Hill, this software manages energy flows to ensure that the maximum amount of solar power generated is used within the community. So, for example, when one home is using little of its solar power the electricity can be used by a neighbour rather than exported to the national grid.

To find out more or arrange a quote just complete our contact form. Alternatively, you can phone us on 0207 734 1511 or email mailto:info@moixa.com.