The appetite for kinder, greener, renewable energy alternatives is growing year on year and the results are already impressive. In 2017, solar energy became the cheapest source of electricity in 58 emerging markets and accounted for two-thirds of new power added to the world’s grid.

Take a look at our latest list of countries leading the way in the world’s quest for sustainable and renewable energy.

China is the world’s largest producer of green energy. In 2016, around 45% of all the world’s new solar installations were built there. In 2017, the country had already surpassed its 2020 solar PV target, generating over 40% of global renewable capacity growth. Concerned with dangerous levels of pollution and the country’s growing energy demands, the Chinese government is so committed to their renewable energy targets they’ve shut down up to 40% of its coal-powered factories.

But the effort doesn’t stop there – China is behind some of the most extraordinary renewable energy projects the world has seen.

The solar road in the city of Jinan, covering 5,875 square meters, can produce 1 million kilowatt-hours per year. This is enough energy to meet the needs of roughly 800 households.

The Panda Power Plant in Datong, Shanxi, is another mind-boggling project to come out from China. It’s expected to generate 3.2 billion kilowatt-hours of solar electricity over 25 years. Should the target be achieved, the amount of green energy produced would be an equivalent saving of 1.056 million tons of coal or reducing 2.74 million tons of carbon dioxide emissions.

India is on track to catch up with the world’s renewable energy leaders. The country’s renewable energy capacity is expected to more than double by 2022 and the country is due to overtake China as the largest growth market by 2020. Investments in the green energy sector in India rose 22% in the first half of 2018 compared to the same period last year.

Since India has some of the best conditions in the world to capture and use solar energy, the investment in this renewable sector is going through the roof. Last year nearly 40% of new capacity additions in India were solar. Significant funding has poured in and this influx of funding is driving strong growth in large-scale solar parks – the country has 50 parks planned to be completed in the next two years.

Naturally, with the the peaking demand for solar, India is also starting to invest in battery energy storage. Just recently commencing the building of a huge solar, wind and battery storage hybrid plant. Experts stress that appropriate battery storage is an essential tool in stabilising the grid. The storage system will enable the country to manage the grid more effectively, ensuring a more reliable and consistent output at a time when a significant amount of renewable energy is being integrated on a national level.

Despite the current uncertainty over energy policies, the USA continues to be one of the biggest players in the renewables industry.In the first half of 2018, US renewable energy sources accounted for nearly 20% of the country’s net electricity generation, while coal contributed 26.93%.

Located in the Mojave Desert 40 miles southwest of Las Vegas, the Ivanpah solar thermal plant alone generates enough electricity to provide 140,000 California homes with clean energy. Thanks to that, 400,000 metric tons of carbon dioxide per year are avoided, which is roughly the same as removing 72,000 vehicles off the road.

One of the coolest renewable energy projects completed last year must be the largest Lithium Battery Storage System built by Tesla in South Australia.

The giant battery was built to ensure the state is protected against future power blackouts caused by storms and it is powerful enough to store and provide energy for 30,000 homes. The system charges the batteries from wind energy, then delivers electricity through the grid during peak hours.

The number of new and planned renewable energy projects worldwide has seen a staggering growth in recent years. From floating solar farms in China and the UK, to solar projects in Chernobyl, nations of all sizes and stages of development are taking proactive steps to confront climate change, reduce carbon emissions and harness the power of renewable energy sources.

What can you do?

You can also do your bit for the environment (while slashing your energy costs) by embracing home generation with a combination of solar panels and solar battery storage to maximise the benefits of clean energy. 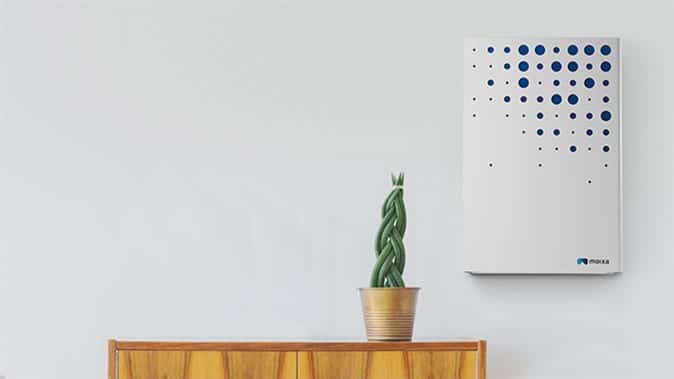 Looking back at the UK Summer Heatwave

Spring Statement 2022: a comment from our founder Simon Daniel

How we are supporting our community